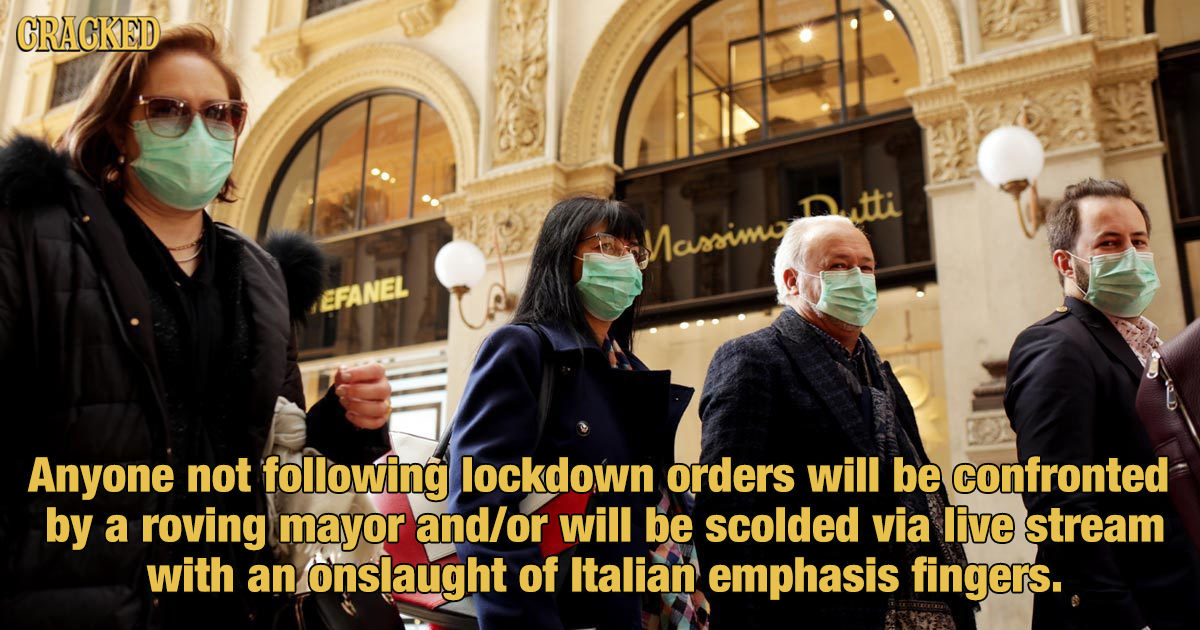 Italy’s initial response to the coronavirus was … not great (As another country with a terrible response, we should know). Which explains why they have over 6,000 deaths, the highest in the world — along with the world’s worst death rate that’s currently sitting at 9% and inching toward 10. It also doesn’t help that the virus seems tailor-made to kill the elderly, who Italy has so much of you’d think they were hoarding them to sell on eBay when their value went up. (Though the idea that it’s only severely impacting the elderly isn’t exactly true). Italy messed up, is the point.

They messed up by only testing the severely sick while ignoring everyone else, but also by not issuing quarantine orders sooner to stem the tide. So it makes sense that, in the midst of facing the consequences, mayors would take to the streets and direct-to-camera webcam rants to berate their constituents for not being in quarantine.

Italy has been in nation-wide lockdown since March 13. Anyone not following that order will be confronted by a roving one-person gang of their mayor and/or will be scolded via live stream with an onslaught of Italian emphasis fingers. Abuse of the dog-walking exemption seems to be drawing a lot of their mayorly fury.